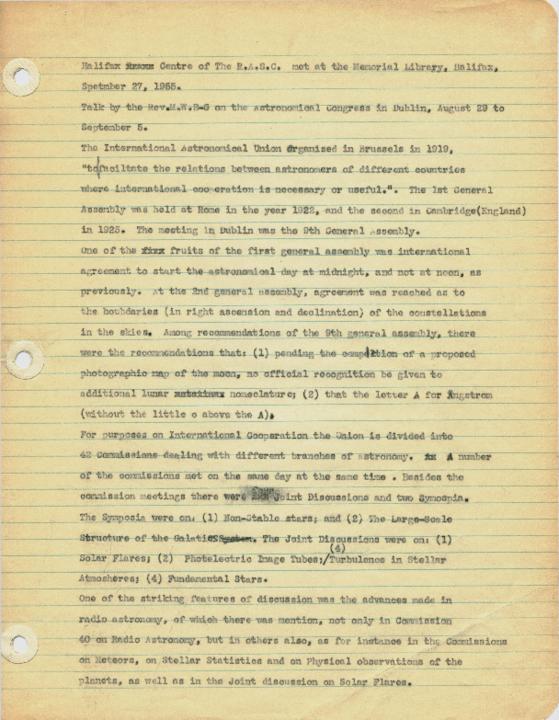 File consists of two talks given by Father Burke-Gaffney to the RASC in Halifax, NS. The first was delivered on 27 September 1955, and provides an overview of the Astronomical Congress held in Dublin (Ireland) on August 29 to September 5 of that year (a major topic of discussion was radio astronomy). The second is dated 24 October 1962 and discusses satellites (and particularly those launched in the second half of 1962).