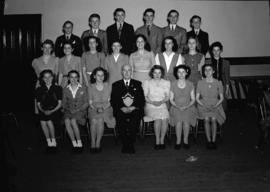 Item is a photographic portrait of the Carman United Church youth choir.

Item is a framed photograph of St. Anne's Church, prior to the fire which destroyed it. Procession on Feast of St. Anne. 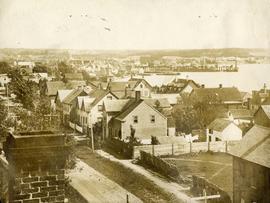 Item is a photograph of Charlotte Street, Sydney, taken from the roof of the courthouse, Victoria Park. Shows Charlotte St., shipping pier, St. Patrick's Church and the Methodist Church.