Concrete sewer blocks made at the Halifax Poor Asylum 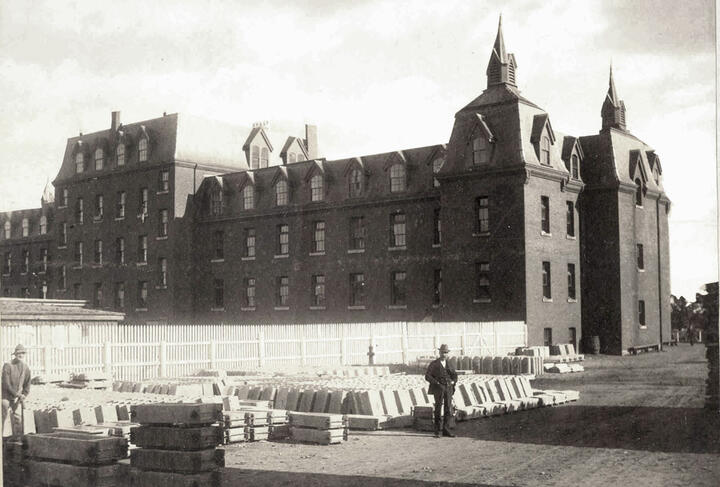 Concrete sewer blocks made at the Halifax Poor Asylum

Item consists of Photograph of the Poor House (later City Home) with concrete sewer blocks in foreground. Note that in 1867 the city and province cooperated to build a new Poor Asylum which opened in 1869 and was located between Morris, Robie, and South Streets. After that building was destroyed by fire in 1882, the above building was constructed on the same site. The asylum’s name was changed to the City Home in 1907.

Illustration board in poor condition

Transferred from NSARM in 2006