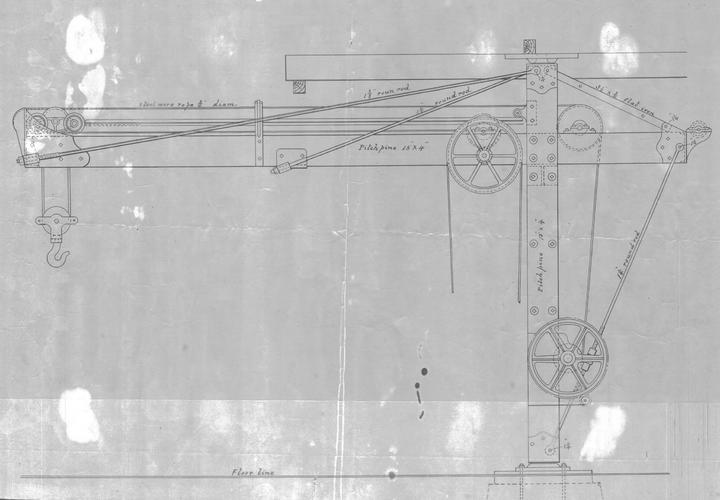 Technical drawing (blueprint) of a crane - tinsmith's cutter, showing pullies, wheels, construction and measurements. This drawing was found unsigned in the collection, but it is assumed to be by George Mosher.