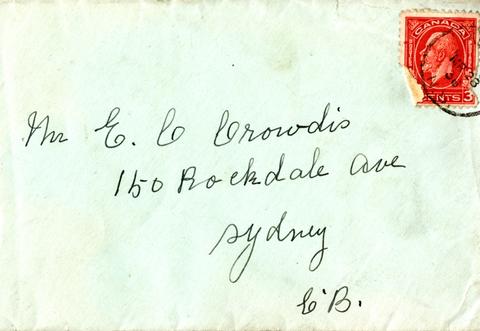 Edward Crowdis was born in Baddeck on March 26, 1894, to Henry and Annie (Clarke) Crowdis. He enlisted for the First World War on January 25, 1916 in Sydney, and went on to serve in the 106th Overseas Battalion until he was discharged on April 12, 1919. Upon his return, Edward married Christine McPherson of Cape North and the two lived in Sydney until his death in 1978.