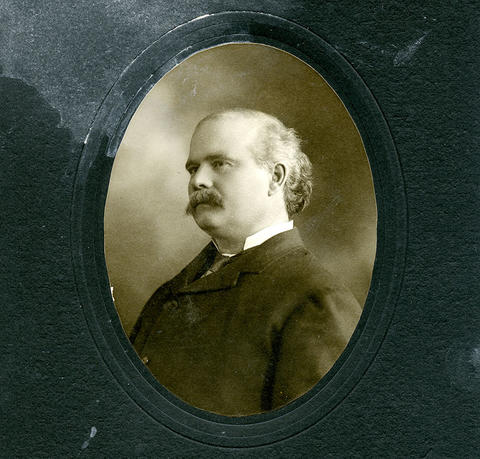 Daniel Duncan MacKenzie was born in 1859 at Lake Ainslie, N.S., the son of Duncan and Jessie (MacMillan) MacKenzie. MacKenzie made his home at 104 Queen Street, North Sydney. He married Florence MacDonald of Sydney Mines for whom the village of Florence, Cape Breton was named. He was admitted to the Nova Scotia Bar, and, in 1908 was made King’s Counsel. He was a member of the legal firm of Murray and MacKenzie, and, later, of MacKenzie and MacMillan. He entered politics as a Liberal and was MLA for Cape Breton North, 1900-1904, and an M.P. for Cape Breton North-Victoria, 1904-1906 and 1908-1922. In 1919, at the death of Sir Wilfred Laurier, he was chosen House Leader for the Liberal opposition. He was Solicitor-General in the King administration from 1921 to 1923 until he was appointed to the bench of the Supreme Court of Nova Scotia. While still a Judge, he died in Halifax on June 9, 1927 and is buried at Lakeside Cemetery in North Sydney.

Fonds consist of records of the personal, professional, political and judicial life of D.D. MacKenzie.