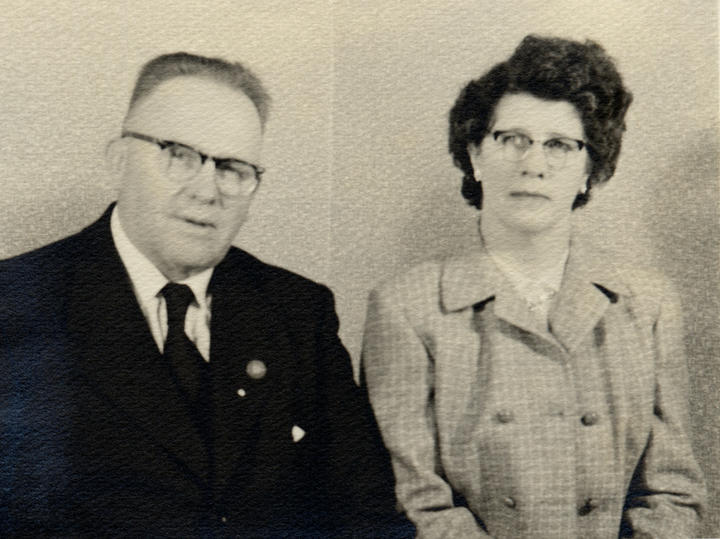 Edward James “Ned” Webber was born on September 7, 1897 in Lower Lakeville (also known as Ship Harbour Lake; now known as Lake Charlotte), Halifax County, Nova Scotia. He was christened James Edward Webber on October 24, 1897 at St. John’s Church, Oyster Pond, but later changed his name to Edward James Webber. Webber attended school at Lake Charlotte from 1903 to 1912, before leaving to help his father fish lobster off the coast of Anticosti Island in the Gulf of St. Lawrence. When the season ended he worked as a field harvester in Western Canada, before returning to Nova Scotia to work on farms in the Shubenacadie area, pick apples in the Annapolis Valley, and work as a cook in lumber camps.

In 1918, during the First World War, Webber enlisted in the Canadian Expeditionary Force and served in England and France with the 85th Battalion, Halifax Rifles. It is possible that he had previously enlisted and served earlier in the war. After the war, Webber returned home and went to work in the lumber industry in northern Ontario, before moving to Detroit, Michigan in 1923 to work for the Ford Motor Company. In 1928 or 1929 he returned to Lake Charlotte and worked with his brother Odous Webber (1886-1969), who was a pulp and lumber contractor and ran a sport fishing business in Upper Lakeville. In 1932, Webber opened a canteen and dance hall in Lake Charlotte, which later became a general store and gas station. In the 1940s, Webber built four log cabins to serve as overnight accommodations near the store. Later, he built an adjoining motel which was opened in 1958, and ran the store and motel jointly as Webber's Store and Motel. The motel was also known as the Lake Charlotte Motel. On September 27, 1932, Webber married Marguerite Lillias “Babe” Grant (1907-1971). Together they had four children, Ford Hanscom, Ann Jeanette, Grant Albert, and Edward James "Ted."

During the Second World War, Webber served as a 2nd Lieutenant in the 2nd Reserve Battalion Halifax Rifles and helped to train recruits. He was also contracted to deliver mail to five post offices in the area, including the post offices at Clam Bay, Clam Harbour, Owls Head, DeBaies Cove, and Lower Ship Harbour. He did this for 22 years, until about 1954, when the post office in Lake Charlotte took over the duties of the five other post offices. Webber’s wife Marguerite was postmistress of the Lake Charlotte post office from 1941 until 1971. The post office was located in Webber's store and postal duties, like many of the other duties at the store, were shared between husband and wife. Webber was also a founding member and president of the Eastern Shore Board of Trade as well as a Master of Ashlar Masonic Lodge, Musquodoboit Harbour. He died on February 25, 1963.
of Nova Scotia / Carl Webber. – Halifax: Carl Webber, 2002.

Records were housed in a trunk kept by E. J. Webber’s son Ford Webber, former Chair and member of the Lake Charlotte Area Heritage Society. The trunk contained many miscellaneous items belonging to a variety of family members in this branch of the Webber family and was kept in an outbuilding near the Webbers' business. In 2006, the trunk was transferred to the Eastern Shore Archives and was kept in the attic of the archives until 2007 when the trunk was opened and its contents were sorted. Some of the material was kept at the archives, while other material was transferred in an archival box to the basement office of Society member Gordon Hammond’s residence in Clam Harbour, to be further examined. During this time a flood caused significant water damage to the box holding the material, although the material itself was largely spared from direct contact with the water. In 2009 the box was transferred back to the archives.

Fonds consists of records related to the activities of E. J. Webber during his time spent serving with the 2nd Reserve Battalion Halifax Rifles in World War II and his shared activities with his wife Babe Webber in her role as postmistress in Lake Charlotte during the 1950s. Records were created between 1941 and 1945, and between 1951 and 1955.

Fonds has been arranged into the following two series: