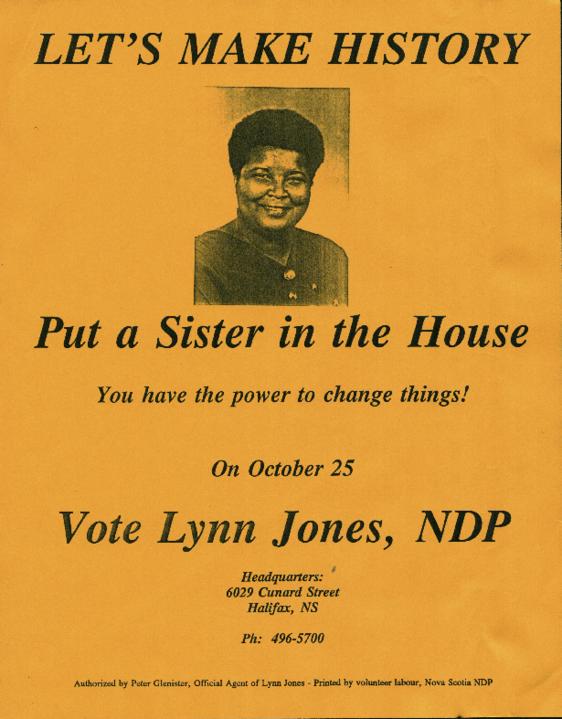 Item is an election poster for Lynn Jones's 1993 campaign as the New Democratic Party (NDP) candidate for Halifax in the Canadian Federal Election. The slogan "Let's Make History--Put a Sister in the House" refers to the fact that no African-Canadian woman had (at that time) ever been elected to the House of Commons in Canada.