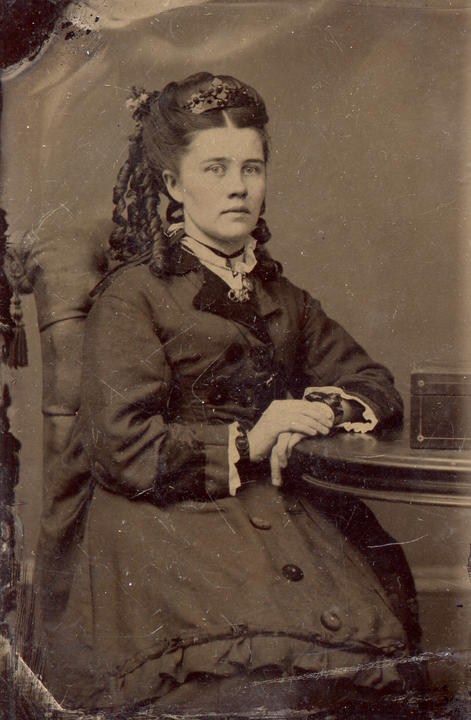 70 photographs, 2 maps, and other material.

Frederick William Hosking (1874-1931) was a baker who immigrated to Nova Scotia from Portsmouth, England. On September 30, 1903 Hosking married Roxanna “Roxie” Ethel Mitchell (1877-1941). Roxanna was born in Oyster Pond, Halifax County, Nova Scotia and before she married Frederick, she worked as a dry goods clerk in Halifax. Frederick and Roxanna had two children, William Lyall (1905-1926) and Garth Merdon Leon (1912-1994). Frederick served overseas in the First World War and probably during this time Roxanna moved back to her family home in Oyster Pond, where her mother Flora (Henry) Mitchell (1853-1918) and brother William Mose Ogle “Willie O” Mitchell (1881-1949) were operating a store. After the war, the Hoskings opened an ice cream parlour on the second floor of the store. Frederick also spent time living and working in the United States, and died there in 1931. In 1939 their son Garth Hosking married Mildred Edna Roberts (1916-2009), a schoolteacher from Truro. In the late 1930s, Garth opened a garage near the Oyster Pond store, and upon his uncle W.M.O. Mitchell’s death in 1949, he assumed ownership of the store. The store was operated primarily by his wife Mildred Hosking until it closed around 1975. Garth and Mildred had three children, Elaine (Hosking) Dooks, Marlene (Hosking) LeLacheur, and Merdon Hosking.

Records remained in the custody of the Mitchell and Hosking families until they were transferred to the care of the Lake Charlotte Area Heritage Society. A portion of the records were kept in the Garth M. Hosking General Store until the store was dismantled by the society in 1995. The records were then transferred several times to different storage locations under the supervision of the society. The records remained in basement storage (with dehumidifier) for approximately five years before being transferred to their final storage area in the Eastern Shore Archives in 2003. The remainder of the records were kept in the Mitchell/Hosking family home in Oyster Pond and were transferred to the Eastern Shore Archives in a series of transfers in 2010.

Some tintype photographs have rust and/ or flaking emulsion and the page from Flora Mitchell's diary is very delicate and torn in places. A book of poetry contained within the fonds is also fragile and its back cover has fallen off.

Scanned photographs are available in the photo archives database. The numbers of the scans are located on the posterior of the original photographs.

Typed transcript of the diary page is available.

Researchers are asked to view scanned photographs in photo archives database in order to minimize handling of originals.

Researchers are asked to view typed transcripts of diary excerpts due to fragile state of original document.