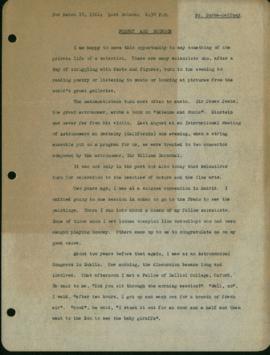 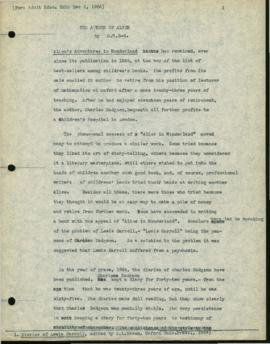 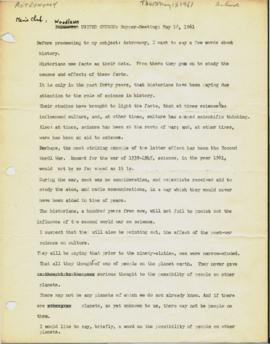 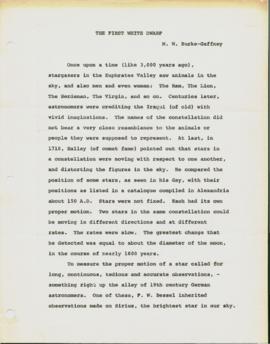 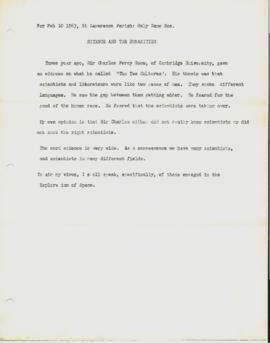 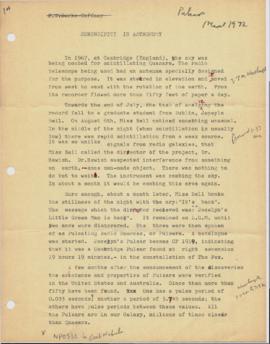 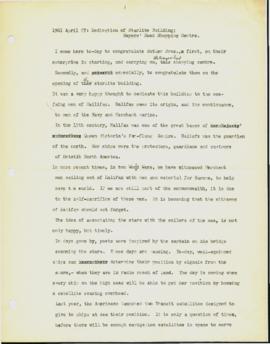 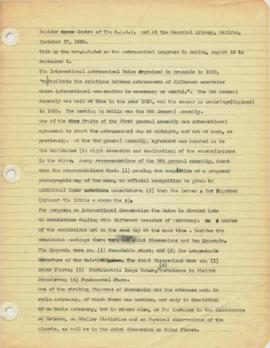 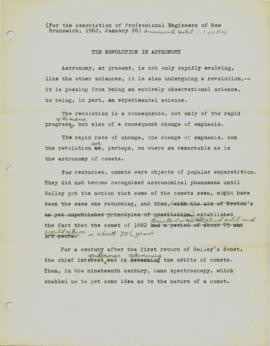 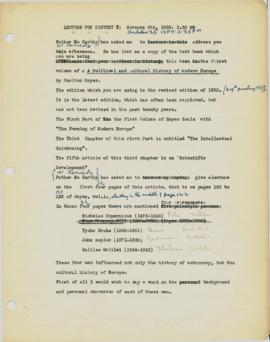 Michael Walter Burke-Gaffney was born in Dublin, Ireland on 17 December 1896 to Thomas and Joan (nee O'Donnell) Burke-Gaffney. He studied at Belvedere College and University College, Dublin, graduating from Dublin National University with a Bachelor's of Engineering in 1917. He then worked as an engineer for the War Office in London, England from 1917-1918. After studying theology in Ireland and France, he served in the Air Ministry from 1918-1920. In 1920, Burke-Gaffney came to Canada and in that same year, worked as a bridge engineer in Manitoba and joined the Society of Jesus. He was naturalized in 1925, and was ordained a priest in 1930. Continuing his studies at Georgetown University in Washington, he earned a Master's Degree in 1933, and then a Doctorate of Astronomy in 1935. After finishing his formal education, he became a lecturer of astronomy at Regis College in Toronto, Ontario from 1935 to 1939. Father Burke-Gaffney also taught in Regina and in Winnipeg before becoming a full-time faculty member of the Jesuit-run Saint Mary's University in Halifax, Nova Scotia. He served as the Dean of Engineering from 1940-1948, as well as the Dean of Science for four years. He was a professor of Applied Science from 1948-1955, then taught Astronomy until 1965 when he became professor emeritus and special lecturer.

Privately, Father Burke-Gaffney conducted extensive research on many subjects. He was interested in celestial mechanics and used his astronomical and engineering expertise in this area to calculate and track the orbits of artificial satellites such as Sputnik I and II and Echo I. Other topics he was interested in include photographing astronomical phenomena such as eclipses of the sun and moon; investigating UFO's, superstition, demonology, meteors, and comets as well as writing poetry and collecting flowers. Burke-Gaffney died on Sunday, January 14, 1979 in Halifax, Nova Scotia (Who's Who in Science c.1968; Canadian Who's Who 1973/75; "Saint Mary's Mourns the Passing of Father Burke-Gaffney," The Times, Vol. 8, No.5 (Feb, 1979), Saint Mary's University: Halifax)

Records were housed in the Library's basement shortly after Burke-Gaffney's death, until the early 1990s when the material was transferred to the Archives.

Published materials were removed from the fonds and catalogued on Novanet. Refer to Novanet for call numbers.

A bibliography of published materials, removed from the Astronomy series, Ecclesiastical series, Research series, and general reference materials, is available in the Archives.

End date based on Burke-Gaffney's death. It is assumed that Burke-Gaffney continued his work and research until his death.