Fonds consists of one ledger which contains account information from 1873-1892 and from 1923-1942. The early 1870s entries were most likely created by Jean MandÃ©. Also contained in ledger are notes regarding LeBlanc family history - birth, death ...

Bill of sale for the Lilla Dale 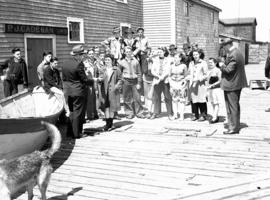 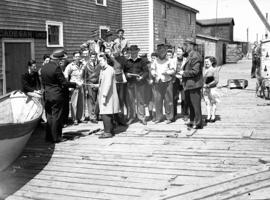 Fonds consists of images created by Eugene Meuse. Images found in photographs includes the blessing of the bell at Sainte-Famille Church, floating of the middle span of Sluice Point Bridge, fishing, his inventions of a "lazy-boy" chair a...