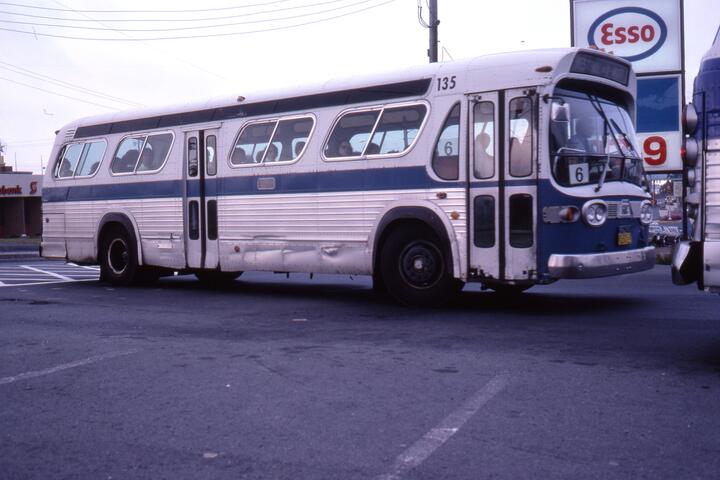 Rick Jelfs has collected transit company ephemera - mostly maps and schedules - and taken pictures of transit vehicles while on vacation. His interest in transportation started as a child when he could rattle off the names of cars as they went by. In 1970, he went to university in Vancouver where he used and studied the city transit systems. After graduating, Jelfs moved to Toronto and discovered the Toronto Transit Commission with its iconic PCC streetcars. He decided that he wanted to operate them and thus started a 30 year career in the transit industry. After retiring to Vancouver Jelfs 'downsized' his collection through donations to local archives, museums and libraries across North America.

Collection consists of photographs and post-cards of Nova Scotia Light and Power electric trams, Trailways charter buses and Dartmouth Transit and Halifax Transit buses; transit maps, tickets and transfers. Photos show trams in downtown Halifax in 1959 and 1968; Trailways Starliner buses at the Commission St. garage, 1978; Dartmouth Transit buses at the Dartmouth Mall loop, as well as a bus-stop sign, 1978; and buses at the Halifax Transit garage on Young St., and at Mumford terminal with Simpson's in background, 1978. Post cards show the last Birney trolley car in Halifax, 1948; the first articulated bus built in Canada used on the Metro Transit #20 Glen Forest run, 1992; NSLP trolley coach outside the CNR railway station in 1967, and a trolley car on Barrington St. at Grand Parade, ca. 1910. There are explanations on the backs of some of the post-cards.Bus Route maps are from Dartmouth Transit, which includes the ferry schedule (197?),and Halifax Transit (1971 and 1978). Tickets are from Nova Scotia Light and Power, Halifax Transit and the Halifax-Dartmouth Bridge Commission; transfers are from Dartmouth Transit, Halifax Transit and Metro Transit. Also includes the article Halifax Electric Tramway Centennial by Robert D. Tennant - published in Upper Canada Railway Society Rail and Transit, January 1996.

Collection was donated by Frederick Jelfs of Vancouver, BC in 2012.

Photographs and postcards are also available as digital jpg. files attached here. The files are named according to a filenaming convention that conveys details about the image and links it to the original slide. This is explained in the attached document.

Copyright of photographs has been transferred to HRM.

There are trolley passes and tram tickets in CR 6-091.