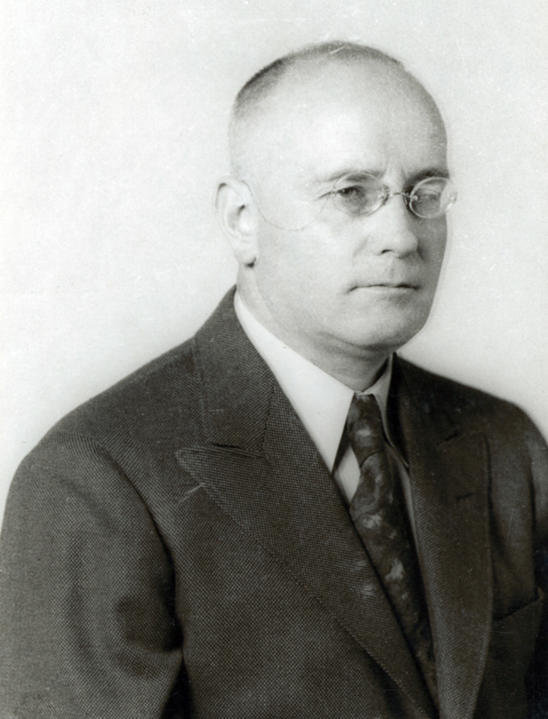 Newspaper reporter, editor, civil servant, and author Henry Bruce Jefferson, was born at Moncton, N.B. He began his career with the Moncton Times and Transcript. Jefferson moved to Nova Scotia ca. 1918 and worked for the Halifax Herald as a reporter and Cape Breton resident correspondent. He was later news editor and editor of the Sydney Record until its merger with the Post. From ca. 1933 to 1936 he lived in Yarmouth where he was leasee-publisher of the weekly Herald and Telegram. He then returned to Halifax as editorial and feature writer for the Daily Star, and in 1939 was appointed Atlantic Regional censor of publications and radio during the Second World War. In 1949, he joined the Nova Scotia Information Service and in 1950 he became editor of the Nova Scotia Hansard. He also researched and authored numerous articles, particuarly on the history of Nova Scotia railroads, which appeared in the Chronicle-Herald from 1957 to 1961 under the pen name J.B. King. Jefferson returned to Moncton as interim editor of the Free Press before retiring in 1966. He was married to Lennie Ayer of Moncton. He died at Moncton on 20 May 1970.

Fonds consists of records created and accumulated by Jefferson, including memorandums and letters regarding wartime censorship rulings while he was press censor; business and personal correspondence beginning ca. 1911 when Jefferson began his newspaper career in Moncton; scrapbooks containing mostly newspaper clippings and ephemera relating to the First and Second World Wars, naval activities, local and international events, as well as loose newspaper clippings pertaining to the war, Jefferson's career and his articles; notebooks containing descriptions and lists of convoy and other ships arriving at Halifax harbour during the 1940s; some notes and printed material on Nova Scotia railroads; a few letters written by servicemen in Europe, 1915-1916; and assorted maps. Fonds also contains photographs (negatives and prints) taken by Jefferson and professional photographers between ca. 1898 and the 1950s, depicting army and navy personnel; navy vessels, including those damaged by torpedos; war brides; Sydney, N.S. citizens and businesses; and a small number of family photographs. Photographs are found both separately and among the textual records.

Donated by Jefferson's estate in 1970.

Partial card file index to correspondence, scrapbook inventory, and handwritten inventory of textual records are available.
For graphic material, an item-level photograph inventory and a list of negatives with detailed notes provided by Jefferson are also available. Website exhibit available.