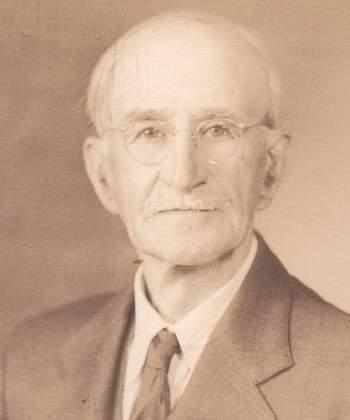 5 m of textual records and other material

H. Léander d'Entremont was born on 22 October 1862 at West Pubnico, Nova Scotia. He was the second son of Captain Nicolas d'Entremont and Anne Vitaline Amirault. He was a direct descendant of Sieur Phillippe d'Entremont, founder of Pubnico, first Baron of Pombcoup, and of Charles de St. Etienne de La Tour, first Governor of Acadia. He attended a local school until 1881, when he went to sea. Prior to 1881 he did spend some months fishing with his father. Circa 1875, he studied painting from an uncle who was a carriage builder. In 1882 he went to Massachusetts to work and returned to Pubnico that same fall to practice his trade until 1887. During this time, he also married and lost his wife, Marie Rose d'Entremont. Following the death of his wife, d'Entremont returned to Massachusetts. There he married Bridget Frances Curtin and developed an interest in Acadian history. After the death of his second wife he returned to East Pubnico, settled in his maternal grandfather's homestead, and married for the third time, Anne Suzanne Amirault. In 1926-30, he was instrumental in the erection of an Acadian Historic and War Memorial monument at Center East Pubnico. D'Entremont produced numerous publications on the Acadians including his 1926 essay "The Norse Settlement of America," for which he won the Maritime Library Association Gold Medal. In 1931, he published his first work The Baronnie de Pombcoup and the Acadians. In 1938, he published The Forts of Cape Sable of the Seventeenth Century and New Findings in the Early History of Acadia. He became a well-known public speaker and was featured several times on the radio. D'Entremont was also a collector. In 1931, he opened up his large house as the "De La Tour Museum", to the public. It contained a large collection of antiques, curios and relics, and a library. The library itself contained a large collection of histories relating to Acadia and the Acadians, and numerous rare books. H. Léander d'Entremont died on December 11, 1944.

H. Leander d'Entremont bequeathed his collection to the Parish of West Pubnico and in turn donated the documents in to the archives in 2001. Some of the documents were received from the Chanellery of Yarmouth.

Notebooks 1 to 254 are available on microfilm.

Related records can be found in the Pere Clarence D'Entremont fonds.