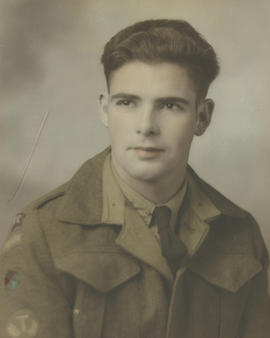 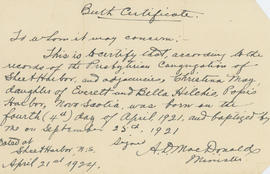 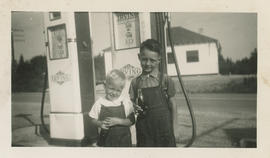 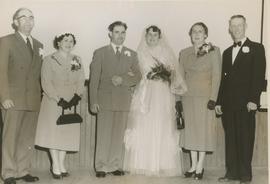 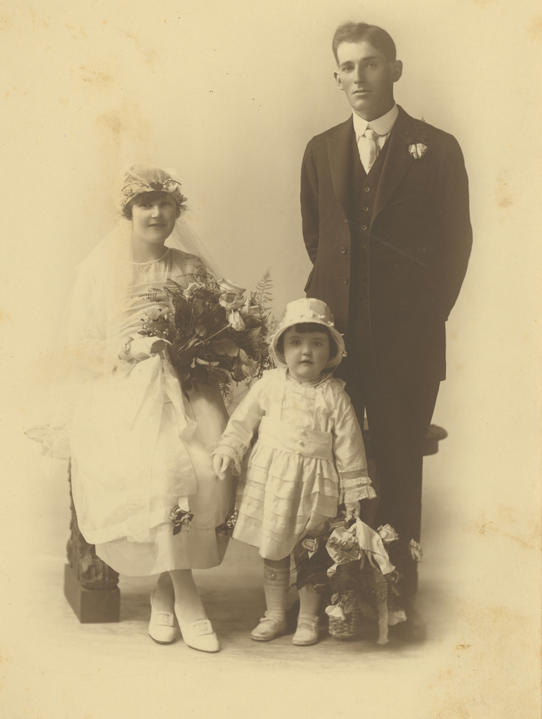 Everett Edwin Hilchie (also spelled Hilchey) was born March 19, 1893, in Pope’s Harbour, Nova Scotia, to Melinda (Cameron) and Edward Hilchie. During World War One he served as a gunner in the 5th Canadian Siege Battery in World War One. While overseas, he met Annabella Farquhar, and they were married in 1920. They had three children, Christina (1921-1935), Donald (1927- ), and Joyce (1922 - ). Everett died in 1975, and is buried in Pope’s Harbour.
Annabella Hilchie was born in 1899 in Aberdeen, Scotland. She and Everett were married in Halifax. She and Everett ran a general store in Spry Harbour until the early 1970’s. She died in 2001 and is also buried in Pope’s Harbour.
Donald Farquhar Hilchie was born in 1927 in Aberdeen, Scotland. In 1944, at age seventeen, Donald joined the Canadian Army as a member of the Canadian Technical Training Corps, a program designed to provide apprentice training for underage volunteers. There, he received training as a mechanic and driver. After the war, Donald opened a garage, Harbour Garage, and in 1955 married Norma Marie Slade. The garage was in business until the early 1960’s. Norma worked as the secretary to the supervisor of schools for the area. They had three children: Stephen Donald, Eric MacGregor, and Christina Diane.

Donated by Claire and Stephen Hilchie on March 22, 2017

Some records had been arranged prior to their arrival at the archives; the original order of these records was maintained. The remainder of the records had order imposed upon them by the Eastern Shore Archives. Land records are arranged by date.

Cockerill, A. W. (2005). Canadian boy soldiers. Retrieved May 19, 2017, from http://www.richardgilbert.ca/achart/public_html/articles/publications/cdn_boy_soldiers.htm