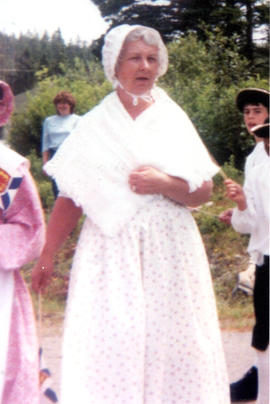 Fonds gathers material about the history of Loyalists in Guysborough County, N.S., from their arrival in 1783, as well as the activities of the Country Harbour Loyalist Society, notably their 1983 re-enactment of the Landing of the Loyalists and t...