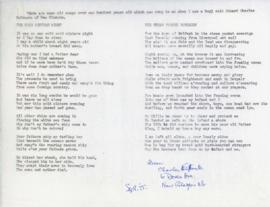 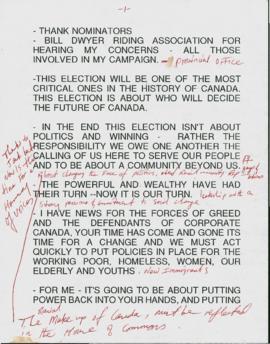 Item is a speech given by Lynn Jones during the 1993 election campaign. It contains many handwritten annotations by Lynn.

Item is a sample ballot from the 1994 South African election. The ballot was found in a training package Lynn Jones received during her work as an election observer.

Part of City of Halifax fonds

Item consists of two copies of photograph of "Mr. and Mrs. Joseph Howe" for the 1985 Festival, accompanied by the Town Criers. 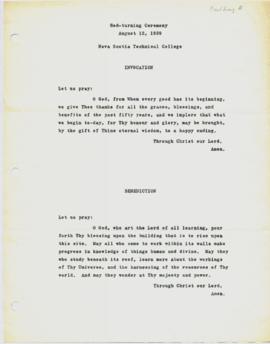 File is an invocation/benediction given by Father Burke-Gaffney at the sod-turning ceremony for Building A of the Nova Scotia Technical College. 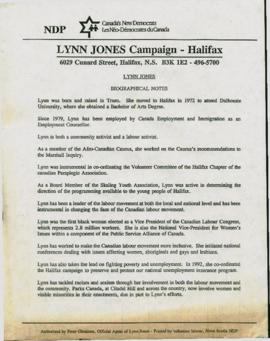 Item is a one page summary of Lynn's life and achievements, prepared for her run in the 1993 Canadian Federal Election. 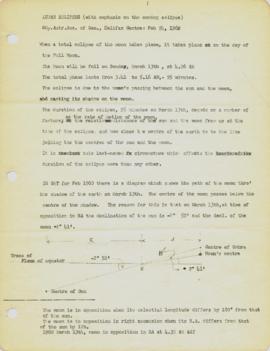 File consists of the text of a lecture by Father Burke-Gaffney delivered to the Royal Astronomical Society of Canada. The subject of the lecture was eclipses, and in particular focused on the eclipse of March 13, 1960. The lecture ends with a desc... 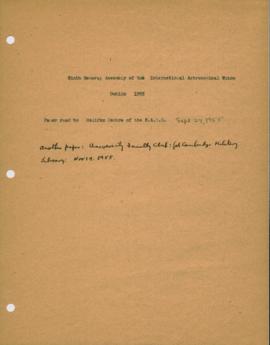 File consists of lists of lectures, addresses and talks given by Father Burke-Gaffney. The lists were kept by Burke-Gaffney and are generally were organized chronologically. 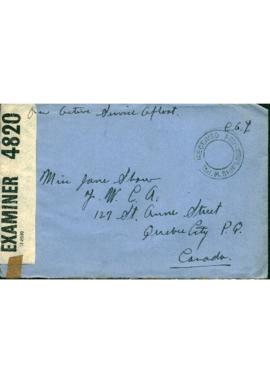 Item is a letter from C. Anthony Law to Jane Shaw (later Jane Shaw Law). The letter was censored, and several words have been cut out of the letter. A transcription reads: 30-9-41M.T.B. 48c/o G.P.O.London My dear Jane, Many moons have passed since... 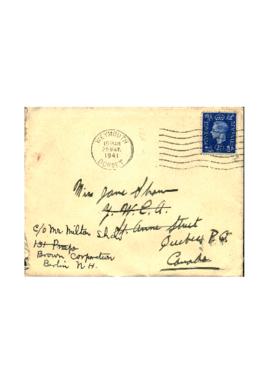 Item is a letter from C. Anthony Law to Jane Shaw (later Jane Shaw Law). A transcription of the letter reads: "M.G.B. 534th FlotillaG.P.O. London28-5-41 My dear Jane, I haven’t written to you for ages. I know should be ashamed of myself and I...