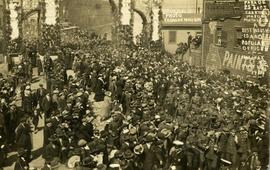 Item is a postcard showing the return of the 25th Battalion of the CEF to Halifax on May 16, 1919 after the end of the First World War. Soldiers participating in the parade are noted to be carrying a Maj. Matheson, visible on the shoulders of one ... 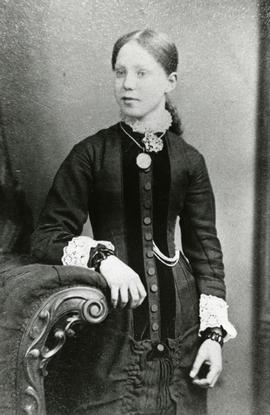 Item is a photograph of Alice (nee Lister) Willmot, mother of Percy Willmot.