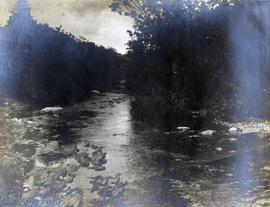 Item is a photograph of an unidentified brook. 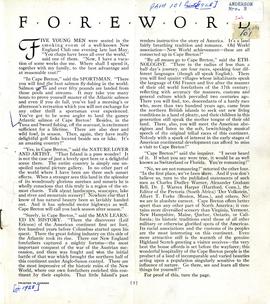 Item is a promotional tourism brochure for Cape Breton Island.

Map of the Gulf of St. Lawrence showing Newfoundland and a portion of Acadie.

Blair's letter discusses the spread of the Evangelical ministry amongst the Gaelic people of Cape Breton.

Item is a map of New England and Nova Scotia showing Newfoundland and Cape Breton Island situated in the Gulf of St. Lawrence. The map includes identified fishing banks.

Series forms part of the Annabel (Sitman) Ells fonds and consists of several maps, the majority of which were produced by the Department of Mines and Resources between 1935 and 1948 and include the areas of Yarmouth, Shelburne, Queens, and Annapol...

Series forms part of the Eastern Shore Archives map collection and consists of reproductions of maps acquired by Chrystal Kennedy from originals held by the National Archives of Canada in 2003. They consist of early maps of Nova Scotia including C...