Series is part of the Katherine L. Stoddard fonds and consists of various articles and excerpts pertaining to different aspects of life and culture on the Eastern Shore including Musquodoboit Harbour, Petpeswick, and Ostrea Lake. Series includes r... 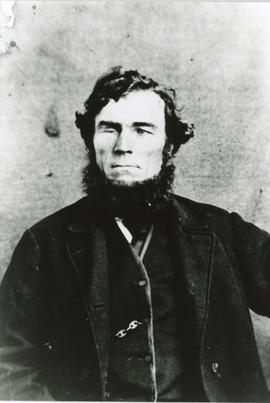 Fonds consists of records of the activities of Robert M. Ritcey and includes research material and publications, genealogy, correspondence regarding Martinique Beach, and copies of old photographs of Ritcey family members. 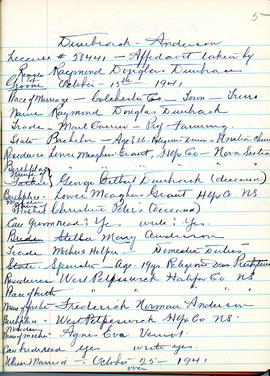 Fonds consists of two ledgers detailing births, deaths, and marriages in the Musquodoboit, Petpeswick, and Ostrea Lake areas from 1939 to 1943. The certificates documenting Ms. Van Malder's appointment as registrar are also included. 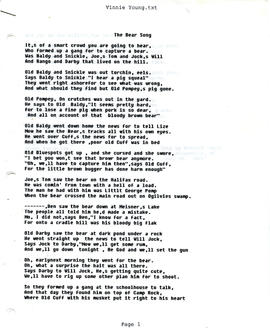 Series consists of two volumes recording deaths, marriages, and births recorded by Alice VanMalder, local registrar of births and deaths and issuer of marriage licenses in Registration District No.13, covering Musquodoboit Harbour and the surround...