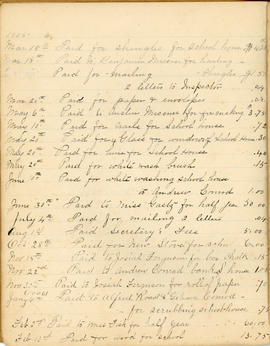 Fonds consists of records from Lower East Chezzetcook School, specifically secretary and account books documenting the assessments and expenditures of the school including teachers’ salaries and the initial construction of the schoolhouse.