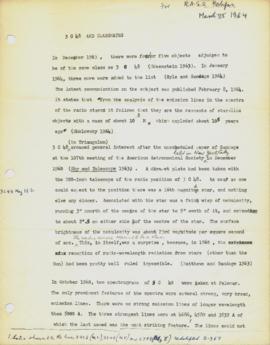 "A Tribute to Ray Ivany and His Vision: Nova Scotia's College"

Item is a DVD copy of a tribute to Ray Ivany produced by the NSCC (Nova Scotia Community College). Former SMU President Colin Dodds was interviewed as part of the tribute.

File consists of a DVD copy of the performance of "Alcina" by the Baroque Opera Orchestra, which is divided into "Part 1" and "Part 2". The performance was transferred from an original VHS recording.

File consists of a poster promoting the performance of "Alcina" on 23 January 1999.

File consists of publications relating to the SMU production of "Alcina". Includes a press release, reviews from the "Mail-Star", and SMU's "The Journal". The file also contains a review of a different production of &...