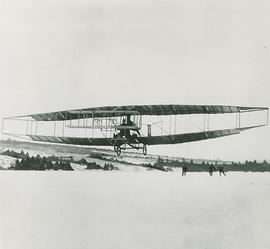 Card from Milly to Margaret McCurdy.

Letter to the editor of Canadian Aviation by W.B. Burchall re: pioneer flights.

Portion of a letter from Nancy McDermid to J.A.D. McCurdy.