Fonds consists of an account book for ships Charles S. Whitney (1885-1891) and Glooscap (1891-1910), which incorporates receipts as well as a drawing of Glooscap below deck, showing the arrangement of captain and crew quarters. Also included in th...

Fonds consists of twelve films taken by Porter of his travels to Europe, California (Lindberg;s first glider flight at LaJolla), Hawaii, the Caribbean, and life in Montreal and Guysborough County, Nova Scotia, including the Sonora Timber Company a...

Fonds consists of glass plate negatives, salvaged by B.R. Alexander, likely in the late 1970s or early 1980s, from A.E. Cornwall's by then abandoned and severely deteriorated former house in the vicinity of Hantsport. Also includes copy negatives ...

Fonds consists of correspondence, calculations, deeds and sale agreements, subject files and related documentation compiled by Mr. Alexander relating to his work as a forester and surveyor. The contents of the fonds include documents referring to ...

Fonds consists of material created and accumulated by Janet Kitz in preparation for the publcation of her books on the Halifax Harbour Explosion of 1917. Includes photographs by Gauvin and Gentzell of the north end of Halifax after the explosion, ...

Fonds consists of records documenting Col. Jones' career in the military and work as an industrialist. Includes correspondence, addresses, scrapbooks, clippings, certificates and items relating to the history of Nova Scotia.

Fonds consists of night order logs for expeditions to Easter Island as well as maps, an article and a brief relating to the Canadian Arctic. The contents of the fonds document Commander Law's naval career. Also includes an oil painting by Law of a... 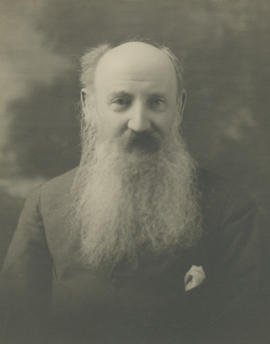 Fonds consists of minutes, correspondence, governance documents, rate books, manuals and historical documents. The contents of the fonds document the operation of the organization and the role that it plays in providing insurance.