Item is a book written by Doris Evans and Gertrude Tynes that features profiles of Nova Scotia's segregated schools and teachers at those schools, as well as photographs and speeches from the Retired Teachers of Segregated Schools of Nova Scotia's...

Fonds consists of a disassembled scrapbook containing photographs, textual documents, ephemera, and grey literature documenting the artistic career of Alice Hagen. In addition, there are records touching on Hagen’s exhibitions, her study of Native... 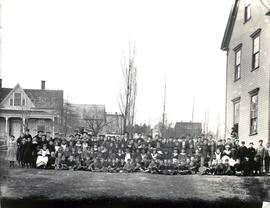 Item is a photograph of the teachers and pupils of Baddeck School at one end of the school building.

Item is a photograph of a celebration in front of Central School. 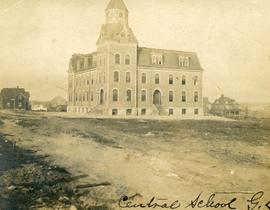 Item is a photograph of Central School, Glace Bay.

Fonds consists of one book used to record minutes, taxes assessed and accounts of the Trustees.