Fonds consists of two diaries kept by Ford recording his sales of flour and meal, daily activities and weather. Includes some mention of community activities and municipal office and court house. Custodial records state that originally there were ...

Fonds consists of one day book.

Fonds consists of financial records relating to Hirtle’s activities as a merchant as well as his involvement with the Park Cemetery Corporation; a scrapbook compiled by Hirtle documenting the service of Mahone Bay’s First and Second World War mili... 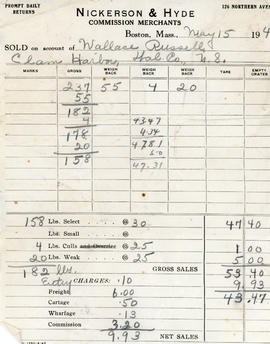