Series forms part of the Musquodoboit Harbour Heritage Society collection and consists of research and photocopies of material related to various industries and services along the Eastern Shore. Includes an excerpt of a paper written by Mrs. Grace... 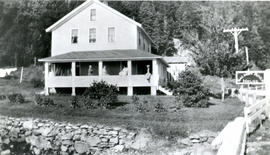