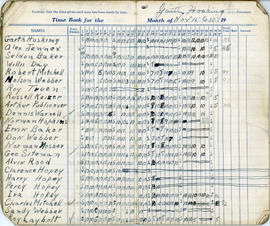 Item consists of a monthly time book that records the names of men and hours worked on a project from September to December 1942. It includes the names of at least sixty men who were working shifts of usually ten hours each day from Monday to Satu... 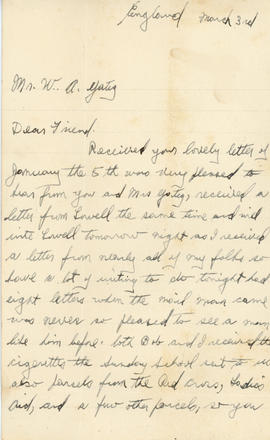