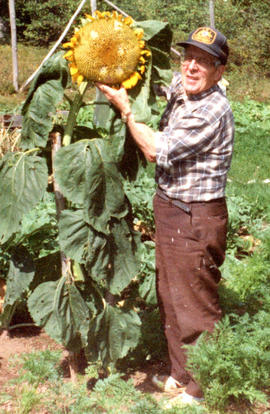 Fonds consists of correspondence, financial records, and administrative records such as annual reports and inventories.

Series consists of inventories of the Societys records and other holdings created by Society members, including Greg LeBlancs 2003 inventory, a list of oral history interview tapes by Society member and researcher Lena Ferguson, and a list of supp...

Series forms part of Garth M. Hosking General Store fonds and consists of four inventories of the store’s stock. Two inventories are dated to 1962, one is dated 1974, and one is undated. 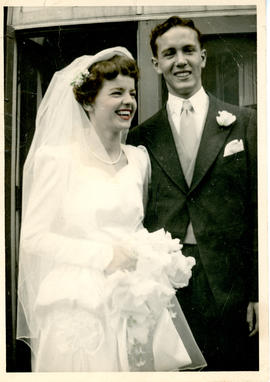 Fonds consists of collected research on the history of the Municipality of the District of St. Mary’s from its earliest records, with a special focus on gold mining and Goldenville, Nova Scotia, as well as the personal archives of the Lomas family... 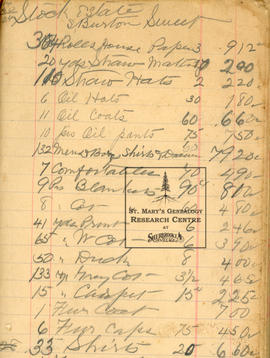 Fonds consists of one account book listing the stock estate of S. Burton Sweet, including personal and store property. Lists valuation of stock in barn, animals, real estate, furniture in house, harness, wagons, and sleighs, cash on hand etc. and ...