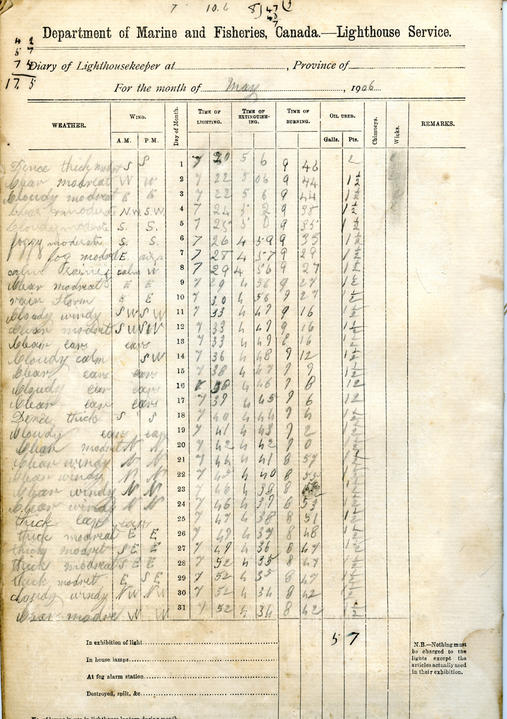 William Thomas Kent came from Woolidge, England around 1811. After having served with Nelson at Trafalgar and the Nile, he was sent to Halifax where he took up the position of keeper of the military prison on Melville Island near the North West Arm. Soon after he arrived, he married Elizabeth May, who was a school teacher in Halifax. Their son, Robert Lloyd, was born in 1813 on Melville Island and about five years later the family moved to what would later be known as Kent Island, near Oyster Pond on the Eastern Shore. The island had been granted to William Kent as part of his naval pension, in return for his service to the King. He built the first frame house on the island. When William died, his wife had the island and all of her husband’s other property divided evenly amongst their eight living children: Robert, William, John, Libbie, Margaret, Sarah, Ellen, and Susan.

John Kent was the youngest of the children born to William and Elizabeth. He was born February 26, 1837 at Pleasant Point and worked as a fisherman there. He married Sarah Ann Thompson at Musquodoboit Harbour on December 19, 1859. She was born on June 30, 1842 and was the daughter of Thomas and Catherine (Welsh) Thompson. John built a house on his piece of the family land and his mother lived with them until her death. John and Sarah had twelve children: Isabella, Albert, Laura Elizabeth, Thomas Alfred, Harrison, Miriam ‘Minnie,’ Phoebe, Samuel, Arthur, Philip, Stanley, and Archibald Minard L. The lighthouse was built on Kent’s Island c.1904 and John Kent was the lighthouse keeper for a short time before he died on October 24, 1908. After his death, his youngest son, Archibald was appointed as lighthouse keeper.

Archibald ‘Arch’ Minard L. Kent was born on May 7, 1889 at Pleasant Point and worked as a fisherman and farmer in addition to being lighthouse keeper after the death of his father. He married Phebe Gertrude Garrison on May 6, 1914. She was born in 1888 and was the daughter of Henry and Melissa Garrison. Arch and Phebe had eleven children: Arthur, Donald Archibald, Graham, Iris Alfreda, Malcolm, Russell, Stanley, Thelma, Burton Alfred, Everett Haig, and Ivan Roy. Arch died in Dartmouth on May 10, 1942 and Phebe was later remarried to Everett Blakeley. Following Arch’s death, Phebe assumed the role of lighthouse keeper. During World War II, five of her seven sons were enlisted in the Royal Canadian Navy, leaving her to run the farm and tend the lighthouse on her own with the help of her youngest sons. The light was lit each night and extinguished each morning at sunrise. Weather records were kept daily, although reports were only sent in on a quarterly basis. All supplies had to be accounted for and records of stores had to be maintained.

Donald Archibald Kent, to whom many of the records in the fonds are related, was the eldest son of Phebe and Arch Kent and was born c.1915. After fishing until 1923, he went to sea at the age of nineteen on oil tankers including the C.O. Stillman and then on the Canadian National Steamship Chomedy, followed by three years on the S.S. Talaralite. He joined the Royal Canadian Naval Reserve in February, 1939 and subsequently the Royal Canadian Navy in 1940, serving as an anti-aircraft gunner. He sustained injuries when the merchant ship that he was serving on was bombed and sunk en route from the Maritimes to the United Kingdom sometime c. 1940-1942. Chief Petty Officer Kent was at the wheel of HMCS Ville de Quebec when it rammed and sank a German U-Boat off the coast of North Africa in January, 1943 and was awarded the Distinguished Service Medal for his actions. He also served on HMCS Hamilton in 1944 and was stationed at Cornwallis, Nova Scotia in May of that year. Donald went missing in Port Wade, Nova Scotia while stationed at Cornwallis in May of 1944, after the punt that he had set out in to do some herring fishing was found capsized. A search was conducted and his body was recovered on June 23, confirming that he had drowned. Although one newspaper clipping stated that word of his death was being conveyed to his wife, there is no mention of a spouse in his obituary and no evidence that he was married.

Stanley Kent was 2nd officer on the S.S. Markland and then in the Merchant Marine. Everett H. Kent was Chief Petty Officer on HMCS Transcona and also served on HMCS La Malbaie. Burton A. Kent was a Leading Seaman on the Chaudiere and a survivor of the sinking of the tanker Frederick S. Fales, and Malcolm sailed on the Markland. Graham Kent also went to sea when he was of age and by 1945, three of the Kent brothers had served in the Navy and three in the Merchant Service in the war. The youngest son, Ivan, helped his mother tend the lighthouse and run the farm during the war.

The Kent family land was passed on to the youngest son for generations. The Kent family served as the official lighthouse keepers of the Kent Island lighthouse until 1950 when the light, which was originally kerosene, was converted to electricity. Ivan Kent was the last lighthouse keeper, having taken it over in 1945 although he had assisted with tending the light since the age of seven.

Records were accumulated by the Kent family over the years and were stored in the lighthouse itself. As the structure deteriorated, the records sustained water damage and began to deteriorate. The records were later removed from the lighthouse during renovations to the structure and stored in an outbuilding belonging to the Kent family for a period of time before being donated to the Eastern Shore Archives by Donald Kent, son of Ivan Roy Kent and grandson of Arch M. Kent.

Fonds consists of records created and accumulated by the Kent family primarily during their time spent as lighthouse keepers on Kent Island. There are also records relating to Kent family history and the family’s involvement in the Pleasant Point United Church. In addition, there are records and photographs relating to the sons of Phebe and Arch Kent who served in the Royal Canadian Navy during World War II.

Some records are in poor or fragile condition.

Donated to the Eastern Shore Archives by Donald Kent.

Records that were too deteriorated or held no relevant information were discarded or returned to the donor. Original order of Florence Garrison’s scrapbook was maintained as far as possible and lighthouse keeper diaries and return of stores journals have been arranged chronologically.

Researchers are to view photocopied version of 1903 map in series one as the original is very fragile and should be subjected to minimal handling.

A book entitled, Stories I’ve Been Told: The Maritime Storytellers of CBC’s Weekend Mornings, by Brian Sutcliffe was also donated, but was catalogued as research material and stored in the library section, call number RD-344.

Water damage resulted in the growth of mould on the majority of the records. Although they have been cleaned and re-housed, researchers are still advised to wear gloves when handling the records.