Series forms part of W. Hugh Conrod fonds and consists of a numbered set of black-and-white photographic negatives, as well as prints of the negatives. The photographs were taken sometime probably in the 1930s and are of locations and people on th... 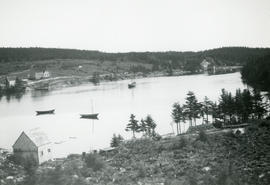