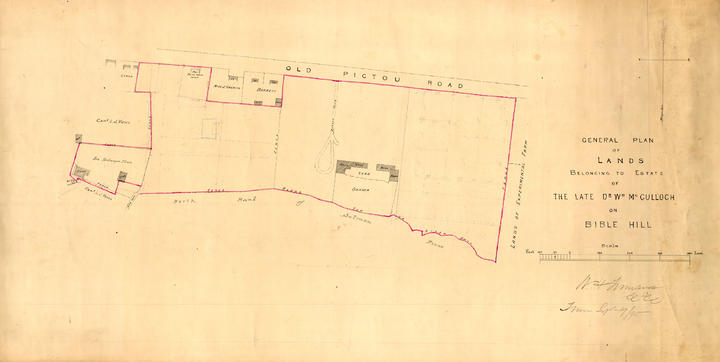 M.A., D.D., Minister. The youngest son of Rev. Thomas McCulloch, D.D., and Isabella (Walker) McCulloch, he was born in Pictou, NS. Married to Jean Wallace, they had three children: Andrew, Isabella and Jean. He was educated at the Pictou Academy and received his theological training under his father. His life work started by teaching at the Yarmouth Academy. He was the successor to Rev. John Waddell as the pastor of the First Presbyterian Church in Truro from 1839 until 1885. It has been said that the longer Dr. McCulloch remained on his pulpit, the more beloved he became. Glasgow University conferred a Doctor of Divinity on William McCulloch in 1868. He is buried in Robie St. Cemetery, Truro, NS.

Thick paper which is permanently curled.