Fonds consists of shipping records of Fortier Lumber Co., photographs taken by Thomas H.H. Fortier mainly of vessels loaded with lumber. There are also photographs of the products produced by Hardwood Specialties Ltd. Also included are maps of sou... 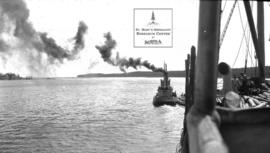 Collection consists of two discs of digital audio recordings of oral history interviews of Frank Jordan, conducted by Ian Cameron between December 2002 and 2004. Contents of the recordings include: Disc 1 (recorded December 2002): Trunk 7 early 19... 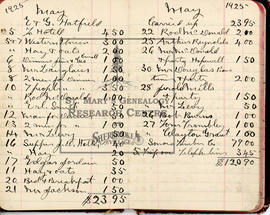 Fonds is arranged in the following series: 1) Accounts Ledgers, 2) Voters and Voting, 3) Miscellaneous. Fonds consist of records relating to the business and farming activities of the Stewart family, predominantly Harry E. Stewart, owners and op...