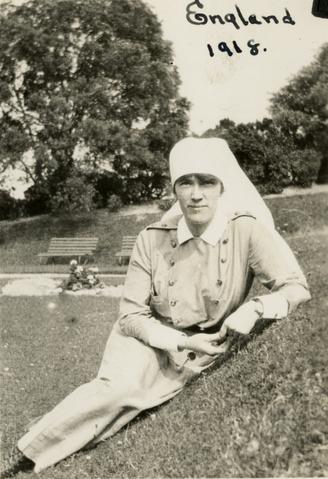 Mary Belle MacNeil was born in Ingonish, Cape Breton, on May 9, 1888. A graduate of St. Joseph's School of Nursing, Mary Belle was keen to offer her abilities after the outbreak of World War 1. She enlisted with the Canadian Army Medical Corps on February 24, 1915, and served with the 6th Canadian General Hospital unit. After the war, she continued to serve in the Armed Forces and would later serve in World War 2. Mary Belle was awarded the British War Medal and the Victory Medal for her thirty years of service. She died at Camp Hill Hospital, Halifax, on August 9, 1976.