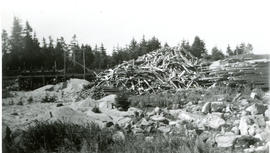 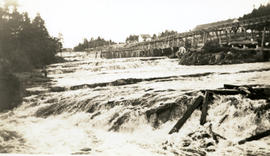 Series forms part of the Eastern Shore Archives map collection and consists of one map of Nova Scotia indicating motor roads and recreational resources. Inshore and lake fishing areas are marked, as well as game areas for moose, deer and bear. Als...

Item is a letter (1823) from Lord Dalhousie to W. Smith, requesting that two barrels of Pictou oatmeal be shipped to Quebec on the next available vessel as a sample of Smith's produce.