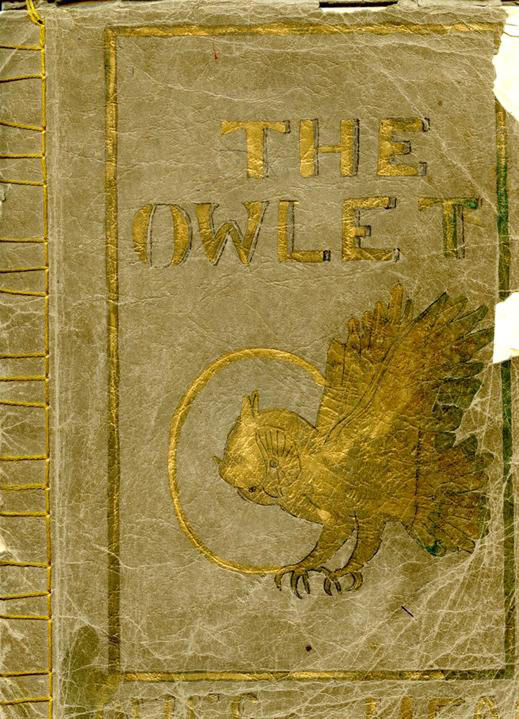 Annette worked as a teacher. Her first position as a licensed teacher was at Little Harbour in the late 1950s. In 1961 the Little Harbour School was consolidated and she and the students moved into the new Harbourside School at Owl’s Head in February, 1962. She taught as a teaching principal at Harbourside School from 1962 to 1966 and taught one of the first special education classes in the country there from 1966 to 1969. She worked in the school system for over thirty years in various capacities including as a teacher, teaching principal, Acting Curriculum Consultant, Curriculum Supervisor, and finally Assistant Director in Elementary Education. In addition, she served in various committees and associations before retiring from her work in education in 1989.

The books belonged to Annette Keating and were donated by her daughter, Karen Webber in August, 2010.

Consists of two handmade and handwritten books entitled, The Owlet and The Work of the Owl, which were created by the students of the Owl’s Head Harbour School.

The Owlet was a magazine that the students created for exhibition in Halifax with the help of their teacher. Associated editors of The Owlet are listed as being Una Palmer, Reta Palmer, and Helen Parker. It features poems, horoscopes, essays, a school prophecy, jokes, drawings including the school and its floor plan, a list of pupils, and lists of improvements made to the school in the year 1932-1933. Some of the essays in this book relate to work and life in Owls Head and include an essay on sheep farming and the breed of sheep used.

The Work of the Owl is a yearbook created by the students of the Owl’s Head Harbour School. It includes the school yell, school song, songs learned during year, animated map of Owl’s Head, poetry and prose about various topics, horoscopes, humor, and drawings.

Some pages of the yearbooks are torn and one is missing the binding.

It appears that the magazine and yearbook used to contain photographs but they were removed prior to donation.

Donation also included a pair of fisherman’s lobster mittens knitted by Annette Keating (accessioned as artefacts) and a package of blackboard stencils in an envelope dated 1952.)