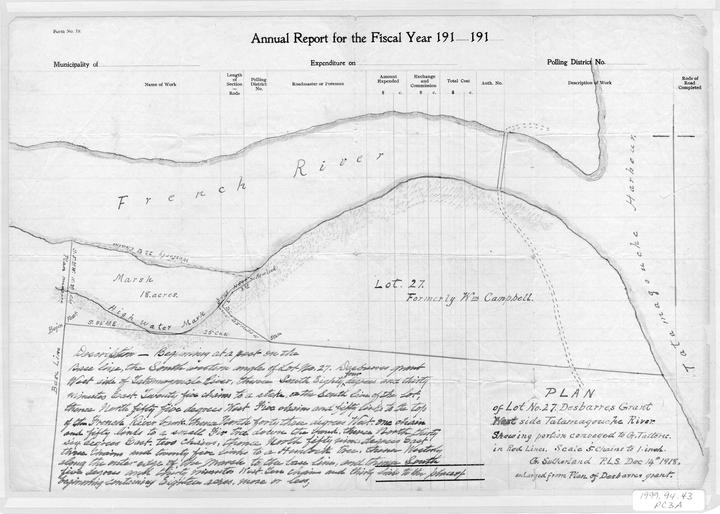 5 chains to one inch

Deputy Surveyor, Gilbert Sutherland, Esq. (1849-1927) lived all his life at The Falls, Colchester County, NS, during which time he was engaged extensively in farming, lumbering and surveying. A wide reader, public spirited citizen and of a jovial disposition he made many friends. He attended the 20th Winter Term of the Provincial Normal School from 1865 – 66, but was not shown to have entered the teaching profession. Of the family known as the Squares, reflective of their surveying skills, his obituary stated, “No man was better known nor more universally respected in North Colchester than Gilbert Sutherland. He represented his district in the Municipality of Colchester and was a wise and able Councillor.”

Original hand drawn map showing Lot No. 27 of the DesBarres Grant and west side of Tatamagouche River. Specifically highlights portion of land conveyed to G. Tattrie (in red ink) with written description beside drawing. Enlarged area from Plan of DesBarres Grant.