Item is a notebook kept between 1838-1839 by Amelia Davis, containing poetry excerpts, prayers, notes on history, and pictures of famous poets. 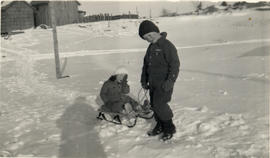 Fonds consists of materials related to the publication of the poetry periodical Germination. It includes manuscripts and proofs, editorial drafts, correspondence, sales and business records, and promotional materials.