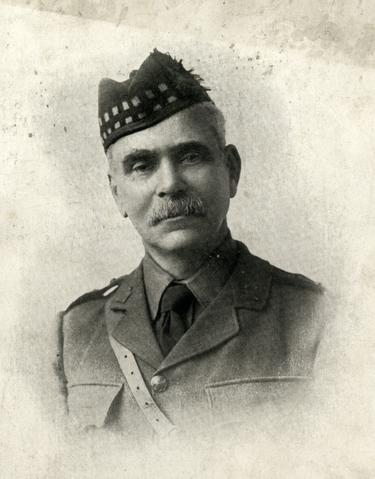 Born in 1852 in Prince Edward Island, John MacDonald Pringle was ordained as a Presbyterian minister in 1878. He served in Ontario, Manitoba, the Yukon and Minnesota before coming to the pulpit of St. Andrew's Presbyterian Church in Sydney, 1908. In 1914, at 62 years of age, he was commissioned as a chaplain with the 9th Western Battalion and served overseas until 1918. Upon his return, Pringle was elected as moderator of the General Assembly, a role that he filled for a one year term. After St. Andrew's Church became a part of the United Church of Canada in 1925, Pringle served at other locations across Canada until 1933, when he returned to Sydney as Pastor Emeritus. He died on April 20, 1935 in Lowell, Massachusetts.