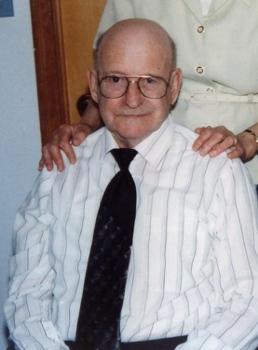 Roger Alfred d'Eon was born in Upper West Pubnico, Nova Scotia on November 21, 1918. He was the son of Ambroise “Leander” and Alma Laura (Amirault). On May 1, 1944, Roger married Exilda Julie d'Entremont. They had 7 children. Roger died on February 27, 2004 and Exilda died on April 16, 2006. He was a retired fishing captain of a scallop dragger for Lawrence Sweeney Fisheries.

Records were collected by Roger d'Eon. His son, Edwin d'Eon, donated the documents to the Societe historique acadienne de Pubnico-Ouest in January 2005.

The records are in English.