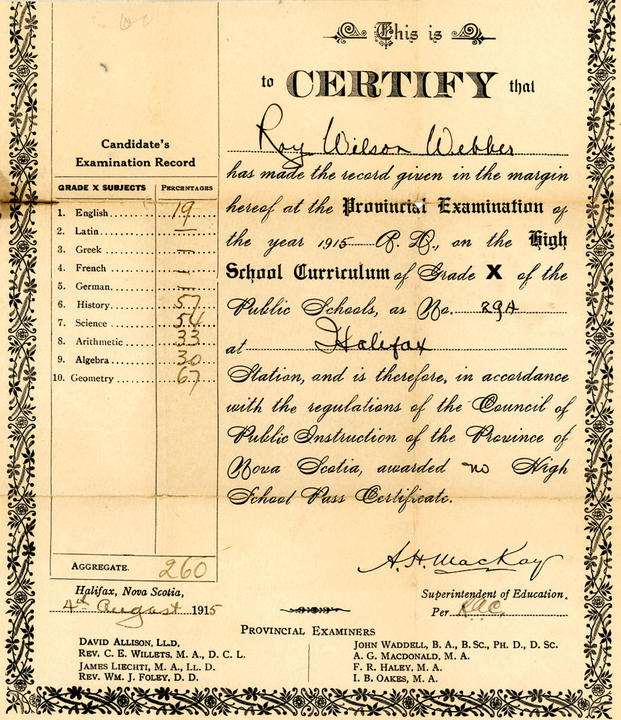 Roy Wilson Webber was born January 11, 1900 in Lakeville and died in Boston, MA in 1977. He was the son of Lydia (nee Webber) and William Albert Webber and brother of Ned Webber. Roy attended school in Lakeville until 1915. He worked as a salesman for Burroughs Adding Machines in Halifax and later moved to Boston around the 1960s, where he continued to work as a salesman.

Records are believed to have come into the possession of the Lake Charlotte Area Heritage Society in 2003 in a trunk of mixed papers belonging to Roy's mother Lydia Webber. The trunk was brought to the LCAHS by Roy's nephew, Ford Webber.