Item is an address about Thomas McCulloch's work as an educator given by Harvey Veniot on the opening of Pictou Academy's new auditorium and gymnasium on September 15, 1961. 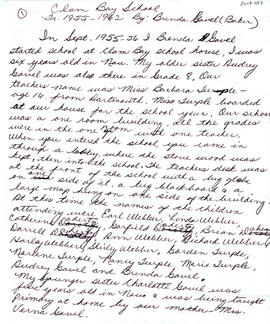