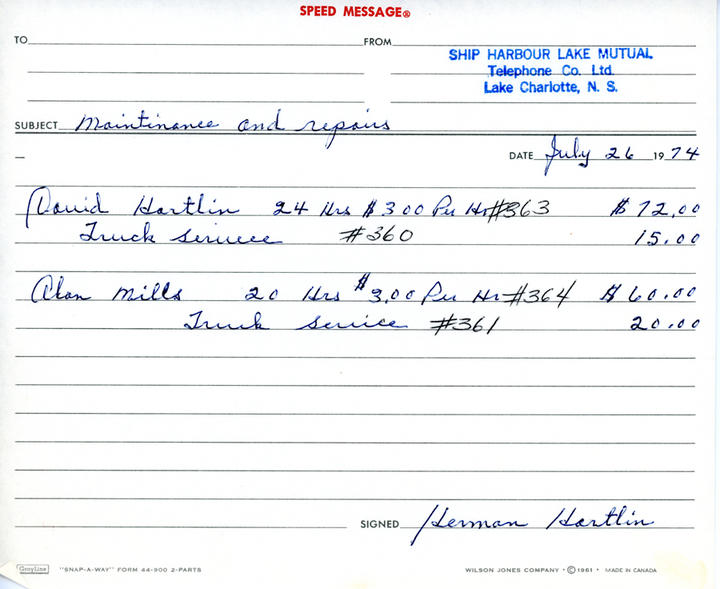 The Ship Harbour Lake Mutual Telephone Company operated the telephone exchange between Ship Harbour and Oyster Pond, Halifax County, Nova Scotia, including Upper Lakeville, Lake Charlotte, Ship Harbour, DeBaies Cove, Owls Head, Little Harbour, Clam Harbour, and Clam Bay. Its area of operation likely reflects the current Lake Charlotte (845) telephone exchange. The company was probably incorporated under the Rural Telephone Act and was administered by a board of directors and three officers, including a president, vice-president and secretary-treasurer. The company was taken over by the Maritime Telephone and Telegraph Company (MT&T) in 1974.

Records may have been kept in the Hosking Store, Oyster Pond, and may have remained there until 1995, when the store was dismantled. At this point, members of the Lake Charlotte Area Heritage Society transferred them to the basement of society member Gordon Hammond’s house in Clam Harbour. In 2003, the records were transferred from Hammond's residence to the Eastern Shore Archives.

Records were donated to the Lake Charlotte Area Heritage Society by Mildred Hosking in 1995.