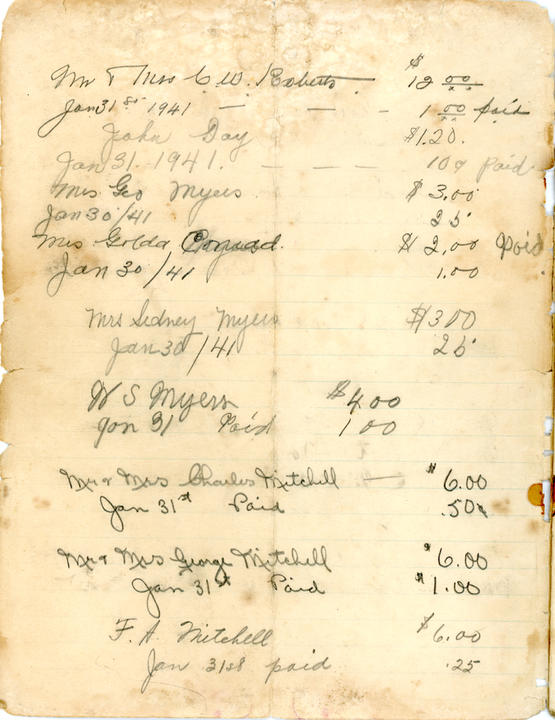 St. John’s Anglican Church in Oyster Pond, Halifax County, Nova Scotia was founded in 1866 by the Reverend Robert Jamieson. The church was built by a carpenter named Murchy. In 1910, lightning struck the bell tower, damaging the bell’s clapper. The clapper was transported to Dartmouth by steamship for repairs and was returned three weeks later. Local storekeeper W.M.O. Mitchell (1881-1949) served as church organist for a number of years. Sometime in the late 1930s or early 1940s, the church acquired a hall, formerly an Orangeman’s Hall, which became appropriately known as St. John’s Church Hall. Originally, it was part of the Ship Harbour Parish family of churches.

The history of Ship Harbour (Anglican) Parish (originally Eastern Shore Parish) began in 1821 when Rev. John Burnyeat, a travelling missionary with the Diocese of Nova Scotia, first visited the area in an effort to locate and minister to the isolated members of the Church. The area had been visited before, however, by Bishop Charles Inglis in 1805 during an unofficial visit to East Ship Harbour, where his vessel had stopped for fresh water. During Rev. Burnyeat's visit, he observed that there were seventeen families living in Ship Harbour and he held Divine Service for them in a private home, as there was no church. In 1831, Rev. John Stevenson first came to visit. He had great influence on the people of Ship Harbour, as they still had no resident clergyman, and he encouraged them to erect a church. Each family contributed the costly sum of about four or five pounds, and by 1833 the people of Ship Harbour had completed the building, located near the old cemetery on the east side of the road, just north of the present church. The new church was consecrated by Bishop John Inglis (son of Bishop Charles Inglis) in 1834 during his first regular visit. The church was named St. Stephen's, in honour of Rev. John Stevenson, who had encouraged them to build it. The parish came to include St. Stephen's (Ship Harbour), St. James (Upper Lakeville), St. John's (Oyster Pond), and St. Matthew's (Owl's Head). In 2010, in the face of financial struggles in Ship Harbour Parish and an abundance of clergy leaders in Musquodoboit, the two parishes decided to unite and today operate as the Anglican Parishes of Ship Harbour and Musquodoboit. Their churches include St. John's (Oyster Pond), St. Thomas (Musquodoboit Harbour), St. James (Head of Jeddore), St. Stephen's (Ship Harbour), and St. Matthew's (Owl's Head).

The custodial history of these records is unknown.

Fonds consists of financial records of St. John's Anglican Church, Oyster Pond, N.S., and includes a book listing donations received by the church with the names of the donors, collections information, records of money received from hall rentals, and other income sources. The book also records money paid to the minister and other miscellaneous expenses for the years 1941 to 1943. Some transactions and calculations are also recorded on loose sheets of paper. Also included are receipts from wholesale merchant P.H. Weary for hardware, oil, and other supplies, as well as a 1940 tax notice and receipt from the Municipality of the County of Halifax and a note requesting payment of insurance fees.

Records were acquired from an unknown source sometime between 2003 and 2008.