an extensive collection of Alexander Graham Bell's personal and experimental notes, journals, drawings, and correspondence, including letters to Helen Keller. Also included are photographs of the Bell family and some of Bell's experiments and scie...

Fonds consists of an account book and correspondence received by Lawson from the head telegraph office and from local businesses upon his retirement from the Western Union Telegraph Office. 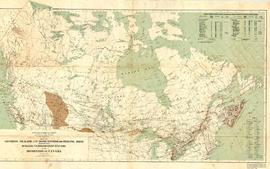