Series forms part of the Ervin E. Webber fonds and consists of the marriage certificate of Reuben Herbert Webber and Susannah Margaret Newcombe. 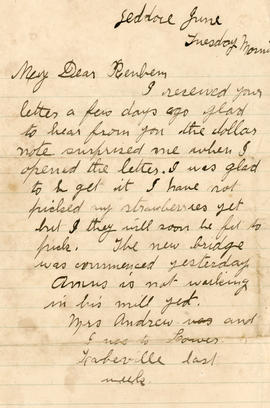