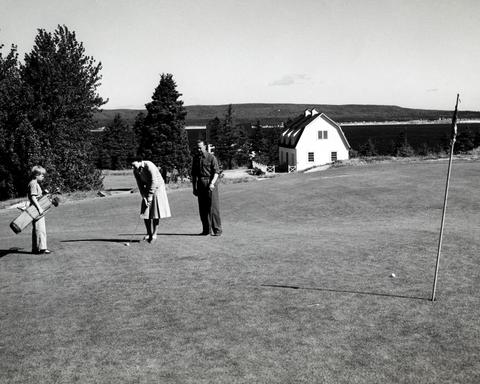 Item is a photograph of the Governor General of Canada and his wife playing golf at the Keltic Lodge, Ingonish.