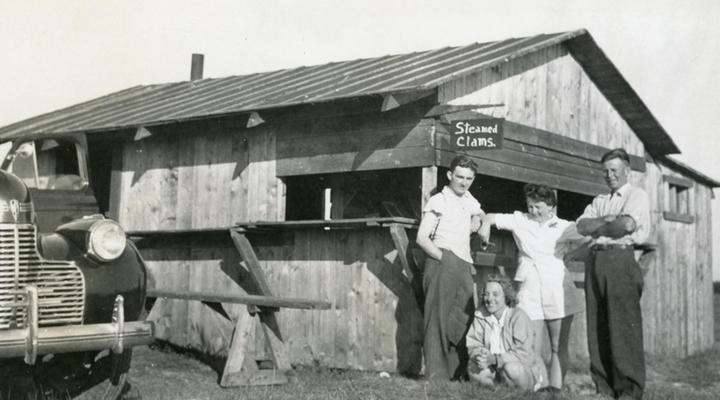 Helene (White) Read was born in Truro in 1920 and was the daughter of John Dimock White and Annetta ‘Nettie’ Blanche Stoddard. Nettie Stoddard was the daughter of James Edward Stoddard and Nancy McCarthy of Clam Harbour. Helene married Ernest W. Read and they had one son. Helene passed away on June 21, 2002 in Truro, Nova Scotia.

Helene was a founding member of the Association for the Preservation of the Eastern Shore and served as its president in its later years of operation.

The records were accumulated by Helene Read throughout her lifetime. After her death the records passed into the possession of her son, Keiver Read, who later donated them to the Eastern Shore Archives.

Consists of records related to the life, activities, and interests of Helene Read and includes family photographs, Stoddard family history and land information, personal and professional correspondence, information about the Nova Scotia Lifeguard Service and other organizations with which Helene was involved.

Donated to the Easter Shore Archives by Keiver Read.